PUBG just had its best month since launch

The fight to become the top BR (Battle Royale) title heading into the Christmas period looks to be a hard fought one. With Fortnite’s Season 7 mode bringing Snow to the island, the arrival of gaming’s juggernaut Call of Duty to the BR scene with its highly rated Blackout game mode and the recent announcement that the extremely popular Red Dead Redemption 2’s online mode will also contain a BR mode competition seems to be fierce. However, it seems like the genres early pace setter, PlayerUnknown’s Battlegrounds (PUBG), is more than up for the fight.

After struggling to boost player happiness and satisfaction for the majority of the year, the game has seen an increasing overall sentiment score over the last 3 months with November 2018 achieving the highest average monthly sentiment the game has ever had.

Following a strong start, the game saw a consistent decline as other titles emerged setting higher and higher expectations that PUBG struggled to match. A comparison of Fortnite & PUBG sentiment over the summer shows Fortnite consistently outperforming PUBG each month.

The uptick in performance of PUBG could be related to the very public Fix.PUBG campaign that saw the development team share their list of improvements for a three month period that concluded at the end of October.

Delving deeper into the data, it actually looks like one platform in particular has seen the most positive change over the period. The Google Play version of the game has not only had an increasing overall sentiment score but has also seen a huge response from the community with that platform averaging just under 100,000 new reviews every month. This matches the high average star rating of 4.5 / 5 on the Google Play (English speaking) store-page. 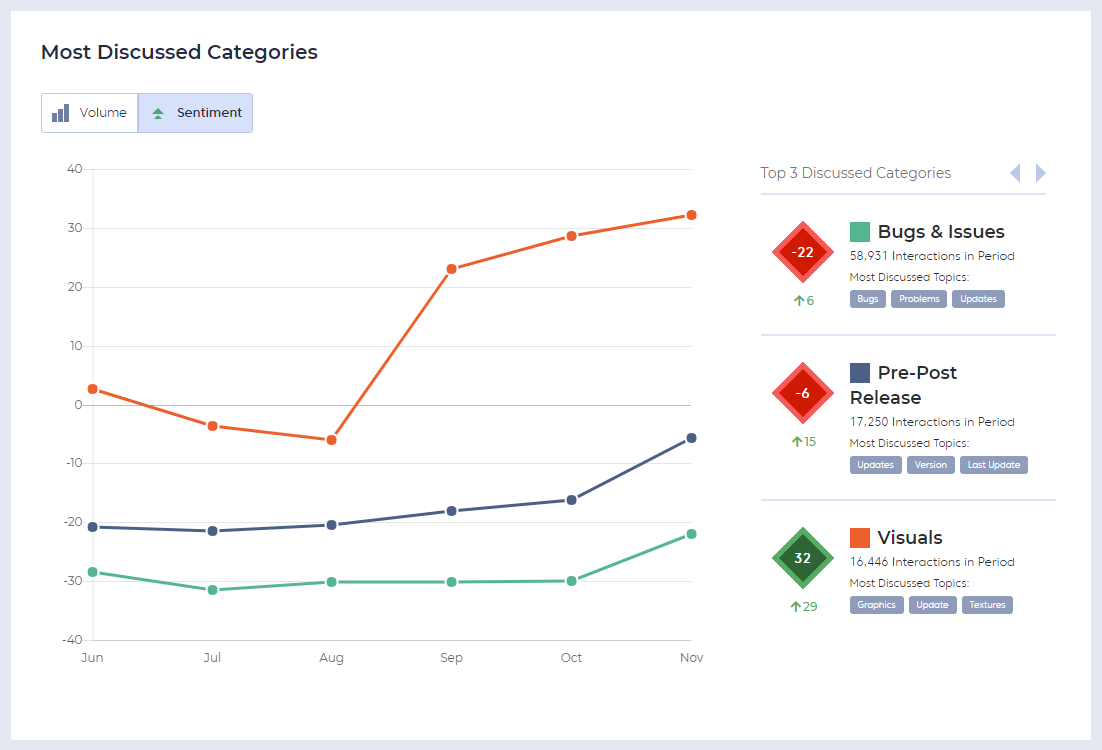 By looking at another Player XP feature, the category comparison system (above), we can also see the main reason people are extremely happy with the Google Play version of the game and that’s the Visuals inside the game.

10% of all people talking about Visuals over the last 3 months on Google Play have talked about the game’s graphic’s with the majority (82%) of them praising the high quality graphics found in the mobile port of the title. It seems like the combination of the realistic nature and smooth performance of the app is resonating with the audience and this has been further enhanced by recent updates which have continued to improve the quality and optimization of the app. 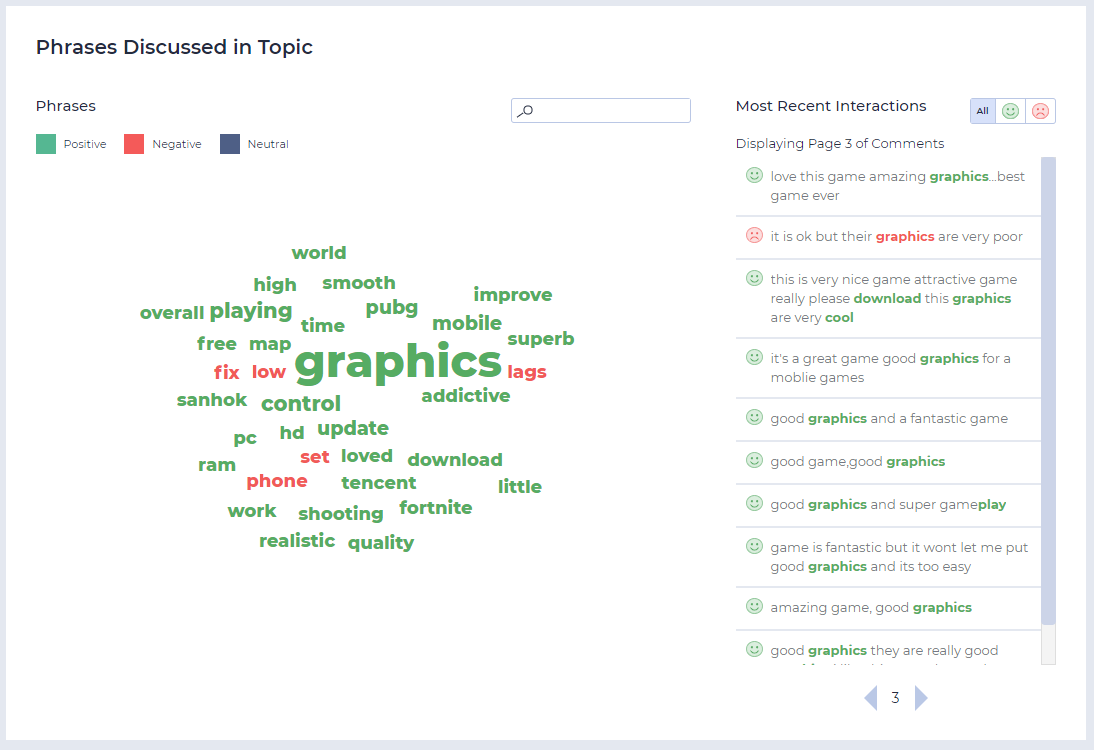 As of writing, the increase in sentiment hasn’t been seen across other platforms yet with Steam’s sentiment varying between negative and positive over the same time period but it’ll be interesting to see if the improvements made on Google Play are actually part of a major set of underlying changes that we’re yet to see on the Steam, iOS or console versions.

It’s great to see such an improvement in player satisfaction and it looks like it’s helping PUBG stand out in the crowded Battle Royale market. PUBG Mobile has just surpassed Fotnites week-over-week revenue for the first time and is being included as one of Google Play’s ‘Best of 2018’.

We’ll be providing further analysis of PUBG and other titles in the coming weeks and if you would like to delve into the Player XP dashboard yourself then do get in touch.