We conclude another successful year of GDC with this year’s conference hosted at the Moscone Center in San Francisco. The 5 days were full of insightful talks and exhibitions that benefitted the game developers in attendance.

This year’s GDC was the first time since 2019 that the conference has been fully held in person. There were over 12,000 in-person attendees with GDC passes, plus 5,000 virtual attendees. This generated a lot of positive talk from devs able to attend GDC 2022 in person. 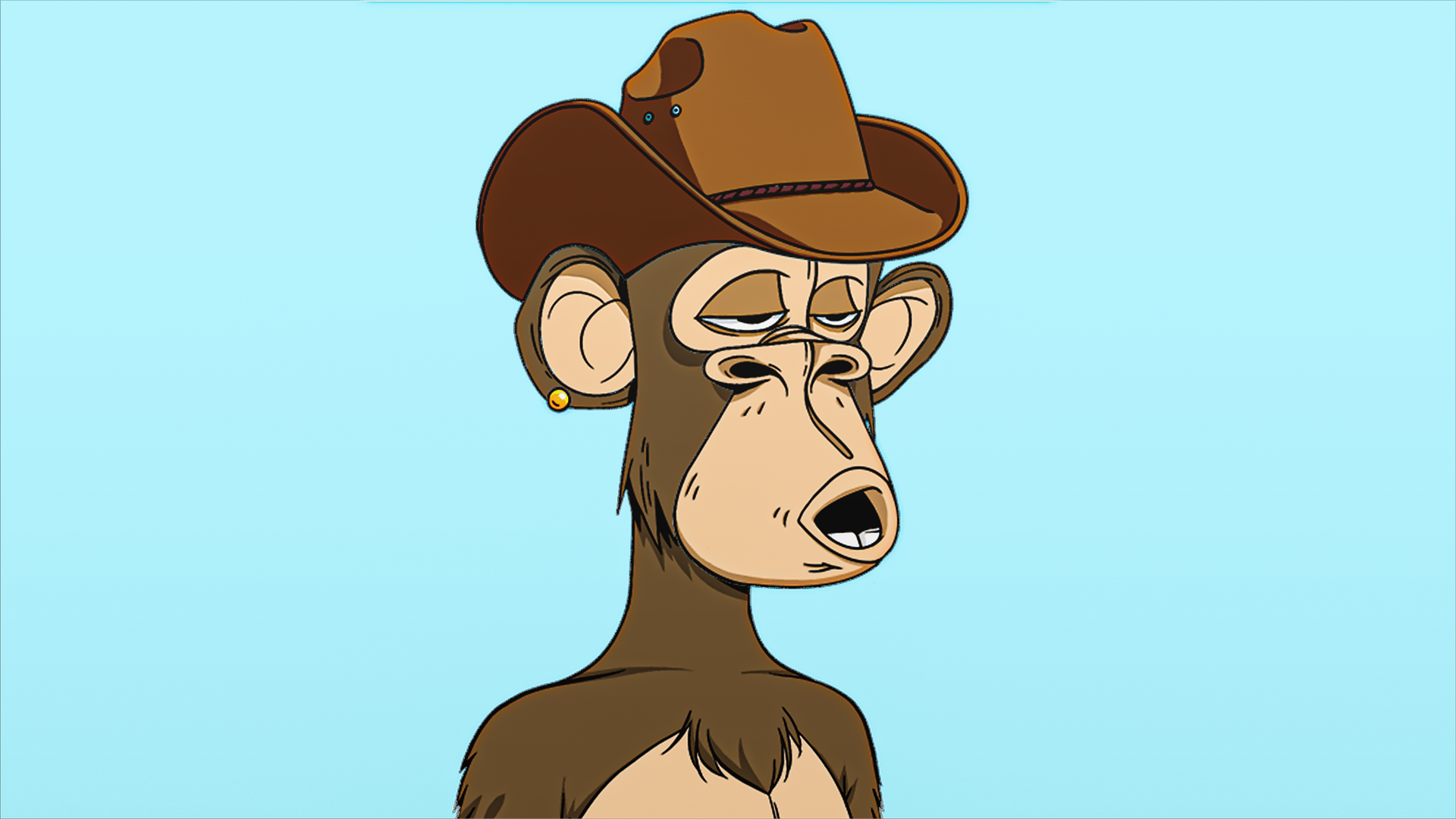 Blockchain and NFTs in Gaming

Some topics at GDC caused a lot of discussion throughout the gaming community, with a big one being the introduction of Blockchain and NFTs in games. This space has evolved rapidly in the past year or so and games have become one of the biggest uses for Blockchain. There were many talks at GDC 2022 around the introduction of these into gaming and how they can benefit developers’ games. However, many devs in the industry are against the introduction of NFTs in games, with multiple attendees at GDC confirming they rejected pitches for NFT games.

We used our dashboard to search NFT as a topic across all of our games. For the game ‘Apex Legends’ the sentiment of ‘NFT’ over the past 12 months is negative at -19/100. For the last 30 days, it is -7/100. The average sentiment of the topic ‘NFT’ in their Steam Discussion Boards is very negative at -70/100. We also searched for the term ‘Blockchain’ for Apex and found that Twitter was very split. The average sentiment of ‘blockchain’ for Twitter mentions is -61/100, for Twitter replies the sentiment is very positive at 67/100. 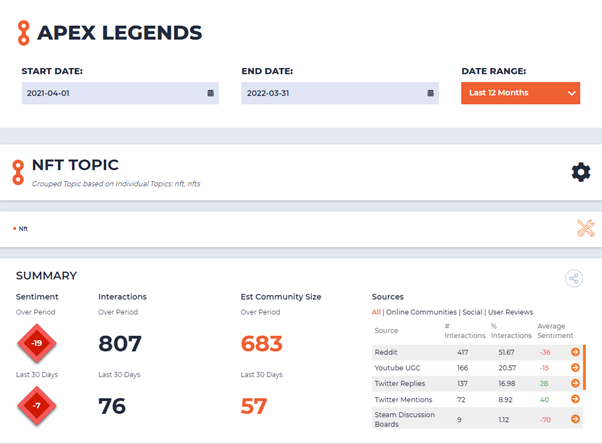 At the start of the year, GDC released its results for the 10th annual State of the Industry survey, this included some questions about NFTs in games. Over 2,700 devs submitted responses to the questions in this survey. It was revealed that 70% of devs were not interested in integrating NFTs into their games. Only 1% of respondents said they were already doing this, and only 27% said they would consider it but are not currently involved. 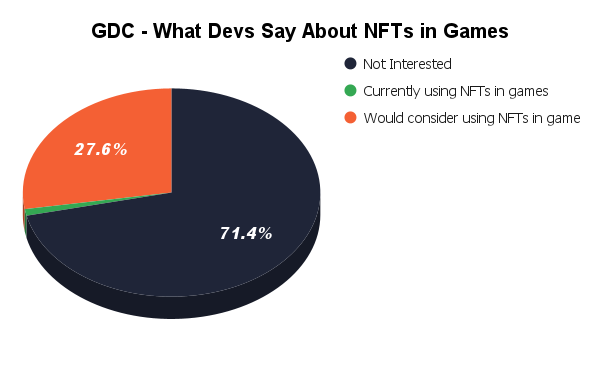 The majority of developers are not in favour of Blockchain gaming, although with the large push it is getting we will have to see how this narrative changes.

An interesting talk at GDC that addressed this was ‘Changes in the use of NFTs in games’, presented by Wemade. This talk looks at how NFTs are being used in games and speculates their prospects for the future. 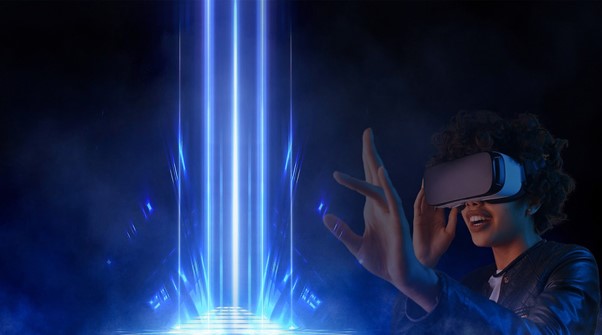 As it has been for many previous GDCs, VR sessions once again attracted large crowds. A big talking point was Unity’s development talk around the PlayStation VR 2 – ‘Building Next-Gen games for PlayStation VR2 with Unity’. This session talks about Unity’s support for the PSVR 2 and how to use their VR tech stack to build better VR games.

Attendees at GDC 2022 revealed that Sony hosted PSVR 2 hands-on demos at GDC behind closed doors. A developer from Truant Pixel who are making the PSVR2 motorcycle game ‘Runner’ said “Performance and immersion goes beyond resolution”. This news got a lot of people at GDC and in the industry excited for the future of VR gaming.

There were a total of 16 talks focusing on VR & AR and it seemed to yet again be a popular topic of discussion for developers in attendance. Many speakers at GDC provided insight into how VR will continue to improve and what companies are doing to make the experience of VR more immersive. This was often mentioned with the Metaverse. An interesting talk that covered the opportunities provided by Metaverse and VR games was – ‘Metaverse Games: State of Play and Opportunities’. This talk was presented by Dom Tait of Omdia. 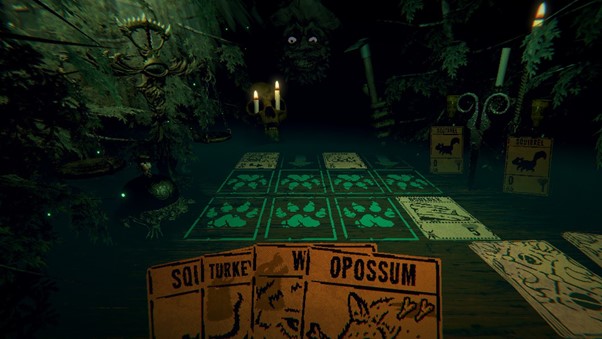 Day 3 of GDC 22 was GDCA & IGF awards day, the ceremony was held in the Moscone Center. The 24th annual IGF awards were hosted by IGF chair Kelly Wallick, and the 22nd annual GDCA was hosted by game designer Osama Dorias.

Inscryption, a game by Daniel Mullins Games, took most of the headlines that evening. It impressively became the first single game in GDC history to win ‘Game of the Year’ at IGF and GDCA. Inscryption also won IGF awards for ‘Excellence in Design’, ‘Excellence in Audio’, and ‘Excellence in Narrative’. Valheim won the GDCA Audience award and Mini Motorways won the IGF awards Audience Award.

You can find the full list of winners, nominees and honourable mentions at the GDCA and IGF awards on their websites.

Thank you for reading – these have been our biggest talking points from GDC 2022. Remember to use the GDC Vault if you want to catch up on sessions you missed live at GDC, such as the ones we mentioned throughout this article. If you haven’t yet, also check out our blog on the six talks we suggested for GDC 22. There may be some more talks on this list of interest to you.